The outcome of the April 12th meeting between the Biden Administration and key executives from 19 major companies to discuss a crippling semiconductor shortage brought good news and bad news for automakers.

Today’s meeting marks the continuation of a strong partnership between the Biden Administration and the industry to strengthen America’s semiconductor supply chain by enacting federal investments in domestic chip manufacturing and research.

The good news is that President Biden announced 23 senators and 42 representatives back his proposal for $50 billion for semiconductor manufacturing and research. Biden reported, “both sides of the aisle are strongly supportive of what we’re proposing and where I think we can really get things done for the American people.”

The bad news is that funds allocation remains subject of debate.

However, the auto industry is not the sole industry impacted by the semiconductor shortage. The deficit also impacts computer and cellular phone industries. Execs in these industries complained about automaker’s demands, fearing their industries will suffer as a result.

A White House statement after the virtual semiconductor summit didn’t shed light on these concerns. Rather, it reiterated that the semiconductor shortage is a “top and immediate priority for the President and his senior-most advisors on economic and national security.”

Reports note the White House hasn’t taken a position on the issue, but semiconductor industry leaders say the Administration has privately said it will not support special treatment for one industry.

Even so, Matt Blunt, president of the American Automotive Policy Council, expressed hope that the Biden Administration would consider setting aside funds for the auto industry.

The American Automotive Policy Council, which lobbies for Ford, GM and Stellantis, has requested that at least 25% of federal support for semiconductor factory construction go to U.S. facilities that agree to allocate at least 25% of their capacity to automotive-grade chips.

Participants at the session suggested improving supply chain transparency and demand forecasting will help mitigate future challenges. They also zeroed in on developing and encouraging additional semiconductor manufacturing capacity in the United States to prevent future shortages. The United States’ share of global semiconductor manufacturing capacity has decreased 37% since 1990, according to the Semiconductor Industry Association.

John Neuffer, president and CEO of the association, said during the virtual event that funding chip manufacturing incentives and research investments will strengthen U.S. production and innovation to ensure every industry has the chips it needs.

“Today’s meeting marks the continuation of a strong partnership between the Biden Administration and the industry to strengthen America’s semiconductor supply chain by enacting federal investments in domestic chip manufacturing and research,” Neuffer said in a statement.

The chip shortage exists for a variety of reasons. Automakers cut their orders of parts and materials, including semiconductor chips, in Spring 2020 after sales plummeted during the pandemic. When business picked up, automakers found chips already committed to customers in the consumer electronics and IT industries.

A massive fire at a Japanese factory further complicated the matter by cutting off supplies for fiberglass used in printed circuit boards. Global transportation constraints also exacerbated the shortage.

As the semiconductor shortage slashes vehicle production, rental car companies are taking extreme measures to bolster their fleets. The businesses are buying used vehicles at auction.

The Toyota brand led the latest signs of a recovering and booming market with the automaker putting its preliminary seasonally adjusted, annualized rate of sales at 17.8 million.

The Cox Automotive Industry Insights team is forecasting a sales pace of 16.5 million in April, down from the surprise 17.7 million in March, but a healthy number nonetheless.

Inventory levels continue to be tight, both in the new and used retail markets, as well as the wholesale market, further fueling the price required to source used inventory. 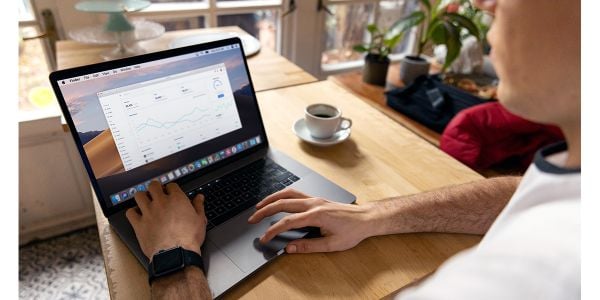