In Florida, a class action lawsuit was recently filed claiming that Florida Fine Cars Inc., a Miami car dealership, misrepresented that a soft pull would be made as part of a financing prequalification but then actually made a hard pull, damaging consumers’ credit scores.

The dealership had a financing link on its website which emphasized that it did not require a Social Security number and was a soft pull which would not affect the consumer’s credit, but a hard pull was actually made by the dealership.

This case is still pending; however, similar facts were alleged in a class action against Social Finance Inc., which marketed student loans based on a soft pull. In the Social Finance case, the website had two modules: an eligibility module and a loan selection module.

"Two and a half million dollars is a lot of money for any dealership to pay for easily preventable mistakes due to a lack of understanding of the law."

The eligibility module had language stating that the consumer was agreeing to a “soft credit pull authorization” and that “This inquiry will not affect your credit score.” The second module, the loan selection module, contained details to be selected about the loan including amount, length, monthly payment, origination fee, and APR. The consumer had to click a button saying “Request amount.” Once this button was pushed, a hard pull was made.

This case was settled for $2.5 million after the court rejected Social Finance’s argument that the transaction did not amount to a credit transaction requiring written permission for a hard pull.

A Wolf in Sheep’s Clothing

As an inducement to consider purchasing consumer products (including automobiles), some businesses use a “soft” credit inquiry (the “pull”) which will not affect the consumer’s credit score prior to the initiation of an application for credit.

Dealers are increasingly using soft pulls to market to consumers. A “hard” credit inquiry or hard pull usually happens when a financial institution (or dealer, in an indirect finance scenario) checks a consumer’s credit in determining whether or not to make a loan.

A hard pull can lower a consumer’s credit score by up to five points depending on various factors, such as how long has passed since the last credit inquiry. These hard pulls will stay on a credit report for around two years and can be the source of litigation exposure.

Federal Trade Commission staff, in an advisory opinion — which are not binding on the commission — found that all three of the above examples were not business transactions initiated by the consumer. In each of these three circumstances, the FTC staff position was that the dealer had to obtain written permission from the consumer to obtain a consumer report.

The FTC staff did acknowledge that a dealer could obtain a consumer report without written permission; however, it had to be “clear” to the consumer that they were actually initiating the purchase or lease of a specific vehicle and the dealer had a legitimate business need for the consumer report directly related to the completion of the transaction — none of which were present in the three examples above.

So the takeaway here is that there is a fine line between “window shopping” as outlined in the examples in the advisory opinion above and in actually initiating a business transaction for Fair Credit Reporting Act purposes. While a written authorization for a soft pull may be satisfactory for the window shopper, the scope of such an authorization does not support a hard pull unless clearly disclosed.

Since the FCRA does not differentiate a soft pull from a hard pull, best practices suggests that each type of pull be fully and completely disclosed. Note that the FCRA can spawn more than just soft and hard pull issues but also may create adverse action, credit score disclosure, UDAAP, and record retention issues.

If the web sites of Social Finance or Florida Fine Cars had contained clear and conspicuous disclosures that a hard pull was going to be made after the initial soft pull, they may not have had to face defending either a class action or an attorney general prosecution and all the dire negative consequences, both financial and to their reputation, resulting from such lawsuits.

Two and a half million dollars is a lot of money for any dealership to pay for easily preventable mistakes due to a lack of understanding of the law.

DISCLAMER: Content provided in this article is intended for informational purposes only and should not be construed as legal advice and should not be relied upon or acted upon without retaining counsel to provide specific legal advice based upon your particular situation, jurisdiction and circumstances. No duties are assumed, intended or created by this communication. No attorney-client relationship is being created by your review or use of this material.

AUTHOR BIO: Robert J. “Bob” Wilson is a Philadelphia lawyer who serves as general counsel for ARMD Resource Group and as the principal of Wilson Law Firm. He has over 30 years of experience both as a counselor and as a litigator in state and federal courts. Contact him at bob.wilson@bobit.com. 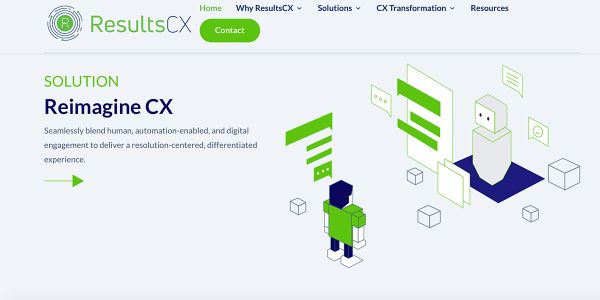