Everyone in the F&I business is familiar with GAP and the protection it brings to the vehicle buyer. GAP has been around for 30 years and has provided millions of vehicle owners with financial protection when their vehicle is declared a total loss due to an accident or theft. What happens, though, when the vehicle is in an accident but not totaled? This still results in a loss in value, which is known as diminished value.

Both sellers and buyers have become more aware of when a used vehicle has been in an accident. It has become common practice to use services like Carfax or AutoCheck to research a vehicle’s VIN history. As a result, diminished value has become a more prevalent factor when determining the value of a vehicle.

This is the gap in coverage that diminished value protection, an emerging F&I product type, seeks to close.

But I Had It Repaired

Imagine this scenario: John comes into a dealership to trade in his old vehicle and purchase a new one. He’s done his research and found his trade-in value is about $6,000. Unfortunately, he forgot to factor in the lost value from damage done in a collision that took place two years ago. He had the vehicle fixed, and the repair was covered by insurance, but the insurance didn’t protect the value of the vehicle.

John thought his vehicle was worth more than it actually was, because he did not take into account the accident that caused the vehicle’s diminished value. Now John has less money to put toward the purchase of a new vehicle, assuming the dealership even wants to consider the trade-in knowing that he has negative equity. If the deal is made, it usually results in a lower profit margin, an extended finance term, and a used vehicle in inventory that will be harder to sell.

It would be a different story if the vehicle hadn’t been in an accident, but with 6.2 million car accidents in the U.S. each year, it’s more than likely that the vehicle being traded has diminished value.

Benefits to All Sides

Diminished value protection is a game-changer in the automotive industry. It allows for a vehicle owner to come back to the selling dealer and get its full value, as if the accident never happened. This takes the deal from one that may be tough to close to one that creates a positive outcome.

The benefits start with the vehicle owner coming back to the selling dealer with their vehicle. If John had this coverage, his return would be welcomed and set in motion a positive, profitable experience. With his diminished value protection program, John may receive up to $5,000 to cover the difference caused by the accident. The benefit amount is determined by the amount of damage the vehicle incurred.

VehiclePlannerPlus takes vehicle insight and planning from days to minutes for automotive analysts.

The merger creates a leader of services, expertise, experience and geographic reach in the vehicle protection and warranty markets in North America.

The launch of DealerSocket's all-new Service Scheduler inside its award-winning CRM creates one location for managing all customer interactions and sets the stage for a full roadmap of innovations in 2021.

While instincts are important, it’s even more critical to have access to the right tools and technology that can help lenders spot synthetic identity fraud before it happens.

If you are considering this add to each unit, do you provide this protection wet or dry? For those dealers who think they already have the answer for that, think again. 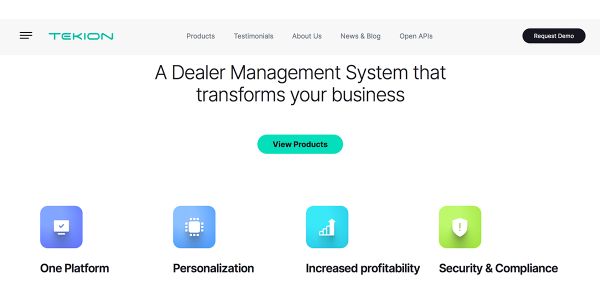