It’s been said that the test of good manners is the ability to put up pleasantly with bad ones. But in a world where in-your-face behavior is sometimes mistaken as a strength, it’s often hard to understand the rules of etiquette, reports Forbes.

Etiquette. It’s a fussy word that almost defies definition. I grew up at a time when I’d get extra homework if I dared say “Yeah” to a teacher rather than “Yes, sir.” Men stood when a lady entered the room. I never referred to my parents’ friends by their first names. I asked to be excused before leaving the dinner table.

Those “Leave It to Beaver” days seem very distant now. But I still want to behave in ways that show respect for others without coming across as an antique from another era.

I’m apparently not alone. And thanks to a fine book by “professional presence” consultant Rosanne Thomas, there’s guidance on everything from first impression management to social media savvy. The book is Excuse Me: The Survival Guide to Modern Business Etiquette.

I talked with Thomas to explore some of the more pressing “etiquette” concerns borne of blended generations, mixed cultures, omnipresent technology, and gender issues. Whether you’re a novice or an experienced professional, her advice is well worth considering.

Rodger Dean Duncan: Most people would agree that a respectful workplace is a more pleasant workplace. What are some of the measurable bottom-line advantages that accrue to organizations that insist on respect and civility? Rosanne Thomas: Unreturned phone calls, condescending remarks, public reprimands, angry emails—just some of the countless ways in which incivility rears its head—come at an enormous cost to employers.

Unlike bullying, which is a coordinated, persistent effort to cause someone physical or emotional harm, incivility is often played down as relatively harmless. In fact, it’s estimated that workplace incivility costs companies an average of $14,000 in lost productivity per employee, per year. Organizations also face exposure to increased legal, medical, and hiring costs because of incivility.

And it’s contagious. Employees subjected to incivility often act in the same manner toward coworkers and customers, resulting in fractious relationships and increased customer service issues. Incivility also negatively affects co-workers who witness it, causing them stress and job insecurity. Conversely, organizations that insist on respect and civility see teamwork fostered, morale improved, problems solved, and productivity increased. Their reputations are burnished, enabling them to recruit the best and the brightest talent. An enhanced bottom-line is virtually inevitable, and happy shareholders are the ultimate result.

Duncan: You rightfully say the foundation of civility is respect, which is the outward expression of esteem or deference. Yet social media, political discourse, the diatribes on talk shows and virtually every other public example of human interaction is rife with disrespect and put downs. With that as a backdrop, what can an organization do to promote a culture of civility and respect? 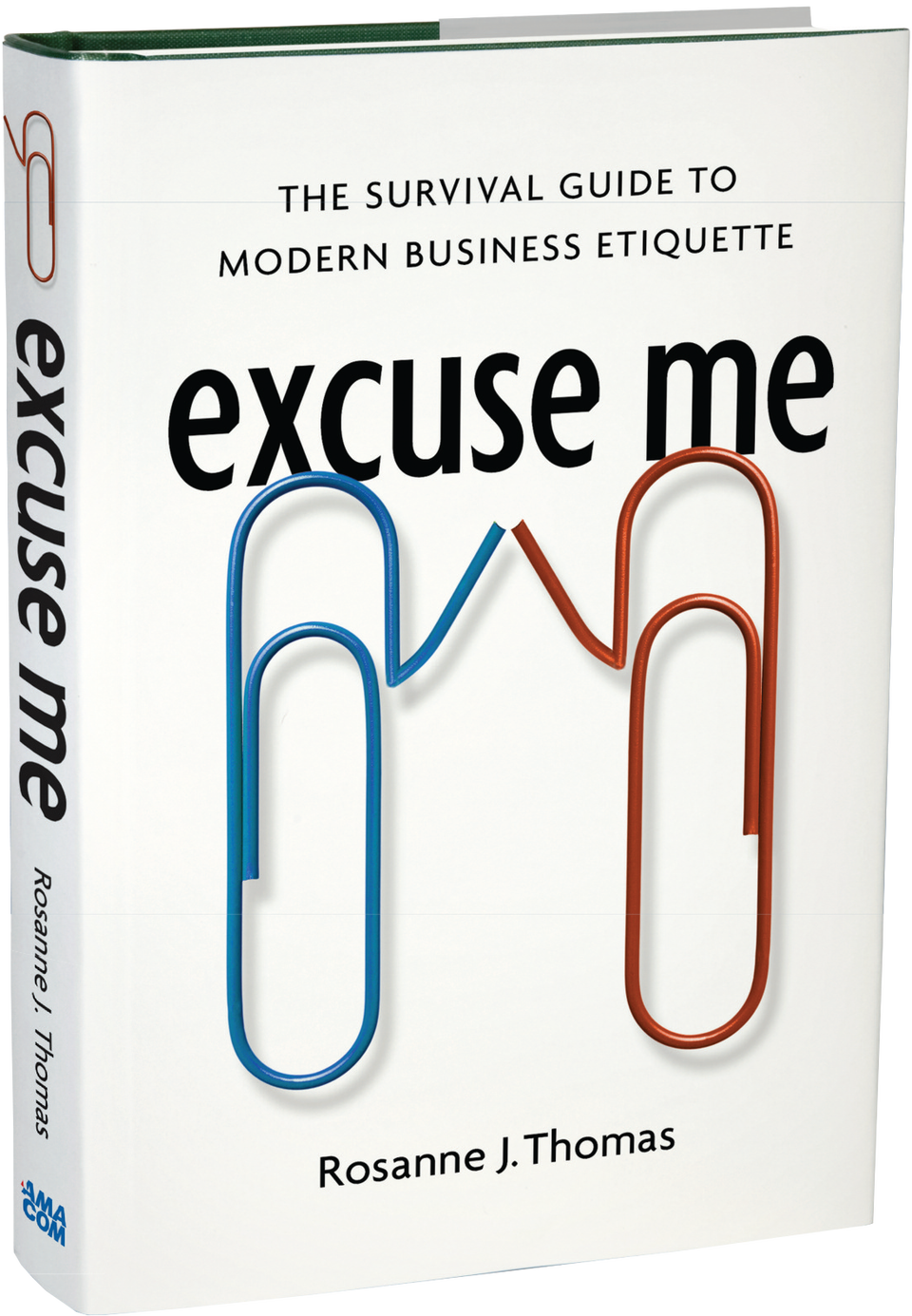 Thomas: An organization can remember that incivility as a model for life or work is unsustainable. It threatens the well-being and existence of what we need most in order to survive: other people.

The abuse of power—incivility at its core—works only as long as individuals are captive audiences. Once choice is restored—where to work, what establishments to patronize, with whom to associate—incivility, along with the individuals and organizations that tolerate it, will be rejected. Savvy organizations know this. And they clearly communicate their Codes of Conduct. They invest in civility training to reinforce best behaviors. They hire for attitude over experience, recognizing it’s much easier to teach technical skills than it is to instill qualities of empathy and consideration. They provide safe channels for the reporting of disrespect, and when it’s reported they take swift and appropriate action.

Duncan: The culture of any organization is shaped by the worst behavior the leader is willing to tolerate. What can people do when the leader tolerates behavior that violates the organization’s professed standards? Thomas: When a leader tolerates or engages in bad behavior, especially when it runs counter to the organization’s avowed standards, credibility is lost. A confused and demoralized staff is left wondering exactly what is expected of them. Is it really okay to cut others off in the middle of sentences, openly criticize their intelligence and abilities, and engage in baseless, reputation-ruining gossip?

Employees have choices to make. While adapting to one’s corporate culture is generally recommended, emulating a leader’s bad behavior is not. Instead, employees need to think about their own reputations and personal standards of conduct. They can become role models themselves by extending simple courtesies such as listening attentively and valuing others’ opinions. They can challenge and report disrespect when they experience it or witness it. They can and must take responsibility for their actions. And if the culture becomes just too toxic, they can leave and find a respectful work environment. They do exist.

Duncan: It’s widely agreed that people don’t leave jobs, they leave people. In light of this obvious truism, why do so many organizations tolerate disrespectful behaviors? Thomas: Presumably recognizing the harsh prospective consequences, it’s difficult to imagine why an organization would tolerate disrespectful behavior. But some do. It might be because they are under pressure and feel there’s no time for niceties. It could be because they view politeness as a weakness and want to be seen as aggressive and strong. They could be testing employees to see how they respond to incivility and whether they brush it off, defend themselves, retaliate, complain, or sulk. They might be trying to evaluate an employee’s trustworthiness and loyalty or they could be encouraging rivalries. It could be a power play or they may just delight in disharmony. They might be unaware of the consequences of disrespect or they simply might not care.

Creating a safe, civil workplace takes deliberation and resolve on the part of management. Respect always starts at the top.

Duncan: What are some specific practices you’ve seen that encourage (and reward) respectful behavior in the workplace?

Thomas: It’s not dissatisfaction with money, benefits, or workloads that cause people to leave organizations. Lack of appreciation is the reason 79% of employees give for quitting their jobs. Given the high costs of turnover and its effect on productivity, why showing appreciation is not at the top of every boss’s list is inexplicable. Thanking someone in a company newsletter or at weekly or quarterly meeting costs nothing. Yet, it reaps exponential returns in terms of morale and good will.

How Can Your F&I Managers Make More by Selling Less? Preload Your Ancillaries

F&I managers are compensated well to deal with a lot of pressure and are often among the highest paid in the store. Yet with an overstuffed menu of products, it can be a challenge to focus on the few products that yield the highest commission for all of this effort. What if there were a way to lighten that load and help the F&I managers actually make MORE money?

The customizable training platform takes Marcom’s expertise from over 30 years of training automotive professionals and helps dealerships plan, organize, and execute a strategic training initiative that will drive operational efficiency and accountability across their store.

The automotive industry is going through rapid change, facing additional costs associated with personnel, benefits, and retention, and depending on a steady stream of additional customers to replace those customers that have defected. So how do you change how you conduct business to meet the current challenge?

Consumers and dealers alike have turned to digital retailing in spades as we all adapt to being virtual during these challenging times. Two digital experts sat down with AE to discuss the evolution of menu selling, the need to bridge the traditional F&I sales model with digital retailing, and best practices for agents.

We’re clearly operating in a new normal, but one thing is clear – the dealership that provides the most support and instills the highest level of confidence in their customers will ultimately succeed in the coming months.