Declines continued last week, despite an improvement in conversion rates. Full-Size Vans continue to be the anomaly, but the rate of increase is slowing down, with the segment only increasing by +0.11% last week, the lowest rate of gain since the week of July 23, 2021 (+0.09%).

Calendar year 2020 and 2021 ended with used wholesale prices at elevated levels. With economic patterns (including the automotive market) driven by the pandemic, normal seasonal patterns (e.g., 2019 calendar year) in the wholesale market were not observed for most of the last 2 years. We saw a similar picture in 2009, at the end of the Great Recession. Calendar year 2021 did not have typical seasonality patterns as the market had rapid increases in wholesale values for the majority of the year. The Wholesale Weekly Price Index reached the highest point of the year at the end of December, reporting over 1.51 points. Now, in calendar year 2022, the index has been reverted back to the 1.00 mark and overall wholesale prices have remained relatively stable in the month of January (green line). As we move into March, the Wholesale Weekly Price Index continues to decline and is now just below the 2019 trend line around 0.97.

The graph below looks at trends in wholesale prices of 2-6-year-old vehicles, indexed to the first week of the year. The index is computed keeping the average age of the mix constant to identify market movements.

Being proactive in the recall process can not only help your dealership stand out to your customers, it can also create awareness throughout the community that your team cares for their customers’ safety. 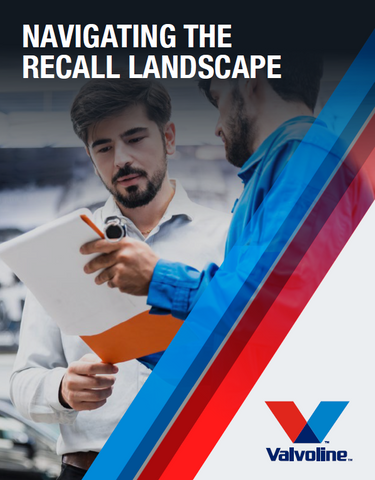 At the on-set of the pandemic, in CY2020, used retail prices increased slightly, following typical seasonal patterns, and then began dropping in April, finally hitting a low point in the late spring months. By late summer of CY2020, Used Retail Prices increased as supply of new vehicle inventory started to become scarce, but retail demand slowed down at the end of CY2020, resulting in declining retail asking prices for the last several weeks of the year. When CY2021 kicked off, demand rebounded while retail prices lagged slightly behind wholesale prices; March of 2021 started the dramatic increases in Used Retail Prices, fueled by stimulus payments, tax season, and shortages of new inventory. During the third quarter, retail prices continued to rise at a slower rate but soon picked up the pace once again to start the fourth quarter. In Q4, prices on retail listings steadily increased week after week. As CY2021 came to an end, the retail listing price index closed 36% above where the year began.In the two months of 2022, the Retail Listings Price Index remained relatively unchanged (green curve on the graph below), but as we head into March, the Index sits just above 0.99, indicating a very slight decrease in retail pricing. Typically, there is a lag between changes in wholesale prices and retail prices.This analysis is based on approximately two million vehicles listed for sale on U.S. dealer lots. The graph below looks at 2-6-year-old vehicles. The index is computed keeping the average age of the mix constant to identify market movements.

Used Retail Listing Volume has creeped up some this week, as dealers prepare for the upcoming spring / tax-season market. News coverage broke this week about a possible second wave of chip shortages, due to neon scarcity; with plants shutting down again, used vehicles will continue to drive the market.

Used Retail Days-to-Turn has dropped slightly and now sits around 42 days, which is remarkably similar to pre-pandemic norms.

Wholesale values continue to drop — the volume-weighted overall decline of –0.89% is nearly three times the decline seen in the same week pre-pandemic. This change in week-over-week values paired with the rolling back of COVID restrictions means lanes are extremely active with more buyers in lane and vehicles running through at many auction locations. Independent dealers, rental companies, and franchise dealers alike are competing for cleaner inventory. Auto part shortages and supply chain issues are still causing delays in repairs, so the competition for desirable vehicles may be intense. With floor prices continuing to drop and many US workers going back to work, there is some hope for a typical spring market.