TAMPA, Fla. — Jason Garrett Vaughn, who until recently worked for Kia Motors America as a district parts and service manager, claims to know the issue underlying widespread reports of noncollision fires in Kia vehicles, because he discovered it more than a year ago.

In a Dec. 28 LinkedIn post, Vaughn stated that, despite his urging, the factory has not yet mandated the replacement of “one-time use” components of gasoline direct injection (GDI) systems as part of the engine-replacement kits sent to dealers, leading to the risk of highly ignitable fuel spraying onto the ignition coils and exhaust manifold.

Since then, Kia and Hyundai have faced pressure from the Center on Auto Safety to recall 2.9 million units based on complaints filed with the CAS and the U.S. National Highway Safety Traffic Administration. On Dec. 14, a lawsuit was filed in the U.S. District court for the Central District of California on behalf of 350 complainants by the law firm of Hagens Berman.

In an exclusive interview with Auto Dealer Today, Vaughn said he first discovered the problem while working as a warranty auditor in August or September of 2017. He said the full scope of the issue became clear after he transferred to a new position as a dealer claims adjuster. Vaughn said he spent more than a year making multiple attempts to convince his superiors to mandate the replacement of the GDI systems’ high-pressure pump and tube, among other components, before resigning on Dec. 9.

Prior to his resignation, Vaughn said he was promoted to a new position and, shortly thereafter, saddled with an “untenable” workload that led him to believe he had only been reassigned to initiate a paper chain that would lead to his termination. Initially, he believed his assessment of the vehicle fire issue was being ignored due to an interpersonal conflict with his supervisor.

“Looking back at it now, my opinion has changed,” Vaughn told ADT. “My opinion now is that, from the mid-management level and up, Kia knew about the fires and there was a lot of damage control going on.”

Since his resignation, Vaughn said he has reached out to or been in contact with officials at Kia Motors America and Kia's Seoul, South Korea, headquarters, the CAS, Hagens Berman, and various media outlets, and has registered as a whistleblower with the U.S. Securities and Exchange Commission. Fearing reprisal, he noted, he has taken measures to protect his privacy, going so far as to destroy his smartphone and frequently change locations.

“It’s clear that I know more about this than anyone in the country. Kia’s position is that engine knocking is causing the fires,” he said. “Look online, at the official statement. ‘Bring your car in to get the recall done.’ They’re only creating more fires.”

Kia has released statements noting that “all automobiles contain combustible materials” and “any number of complex factors” — including a manufacturing issue as well as inadequate maintenance, aftermarket parts, improper repair, arson, or “some other nonvehicle source” — could result in a fire. Officials said they have devoted additional resources to the issue and have urged their customers to call KMA’s Consumer Assistance Center at 1-800-333-4542 with any concerns.

Asked to comment on Vaughn’s allegations, a KMA spokesman told Auto Dealer Today via email that dealers have been warned against re-using the components in question.

“Kia Motors America (KMA) is a responsible company and takes all reported concerns seriously. Mr. Vaughn voluntarily resigned from KMA a few weeks ago and we have and are continuing to look into his claims regarding vehicle fires and various unrelated issues,” the statement read, in part. “With respect to his specific safety concerns, KMA has repeatedly warned dealers about not recycling GDI parts and some of KMA’s publications to dealers about this issue were cited by Mr. Vaughn. KMA has also communicated about this concern with NHTSA. KMA will not be communicating with Mr. Vaughn through the news media.”

This story was updated to include Kia Motors America’s response.

Whether businesses interact in person or virtually, they must do so in a safe and secure manner to retain customer trust and comply with applicable law.

What’s Your Currency in the New Reality?

Considering the dealer’s ‘new’ reality with their customers, how can F&I providers and agents help their dealer-clients uniquely solve a significant problem or innovate a new opportunity?

Creating an environment for contactless transactions expedites the current game of catch-up the industry faces and brings a new level of ease and simplicity to registration and title processing – for today and the future.

Originally slated to be held in New Orleans in January, NADA Show 2021 will now be held from Tuesday, Feb. 9, through Thursday, Feb. 11.

How Dealers Can Successfully Tap into Election Cycle Digital Advertising

Dealers can leverage these tips to maximize their advertising investment to connect, engage, and transact with car shoppers so they can make the most of their 2020 sales goals through the end of the year. 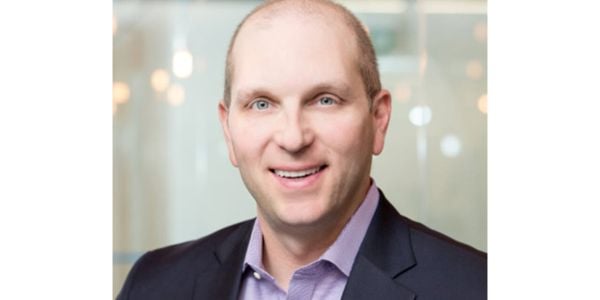 Conroy will now oversee all of the organization's global automotive operating companies.